Not Safe For Work

Anyone with common sense understands the wave of shit that would hit this nation if Donald Trump becomes the next president; even third graders understand the ramifications.

Brian Sabouri, an ESL teacher in Columbus, shared a letter on his Facebook of a dream that one of his students has, and it’s probably the smartest thing that has been said in a while. 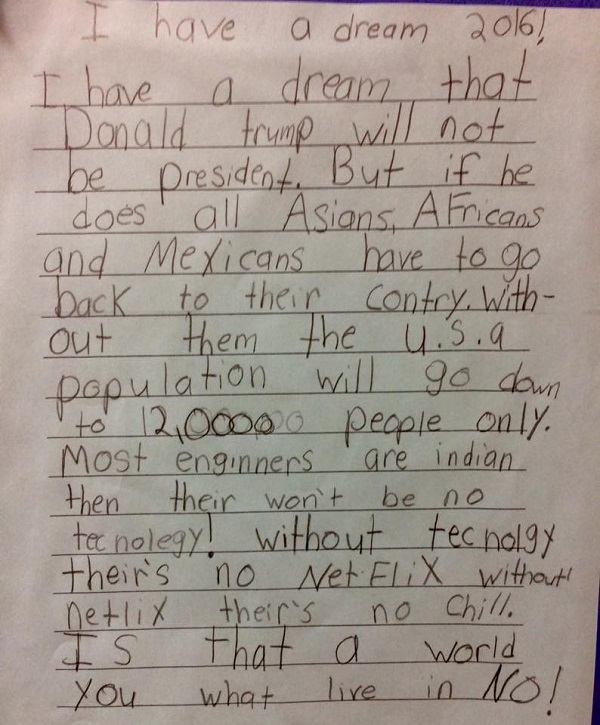 Not Safe For Work